Gorgan is a small Iranian town on the border with Turkmenistan. In this arid region, four men live in the space suspended between solitude and expectation. Alam, a 28-year-old Turkmen, lives with his father. He works on a poultry farm and spends his free time listening to English lessons on his Walkman. He intends to marry Ana and move with her to Baku, the capital of Azerbaijan, and he’s got it in his head that everyone speaks English there. Hassan is also twenty-eight. He has been living with an uncle, a clothes merchant whose clothes nobody buys, since his mother moved to Paris and left him behind. Hassan has only one companion, a donkey, and he feeds him old newspapers. His principal activity is stealing licence plates from cars. A 55-year-old storyteller, who is always surrounded by a gaggle of children, becomes the star of a book of photographic portraits, but when his wife is kidnapped by a shepherd in a green Mercedes, all he seems to do is complain. 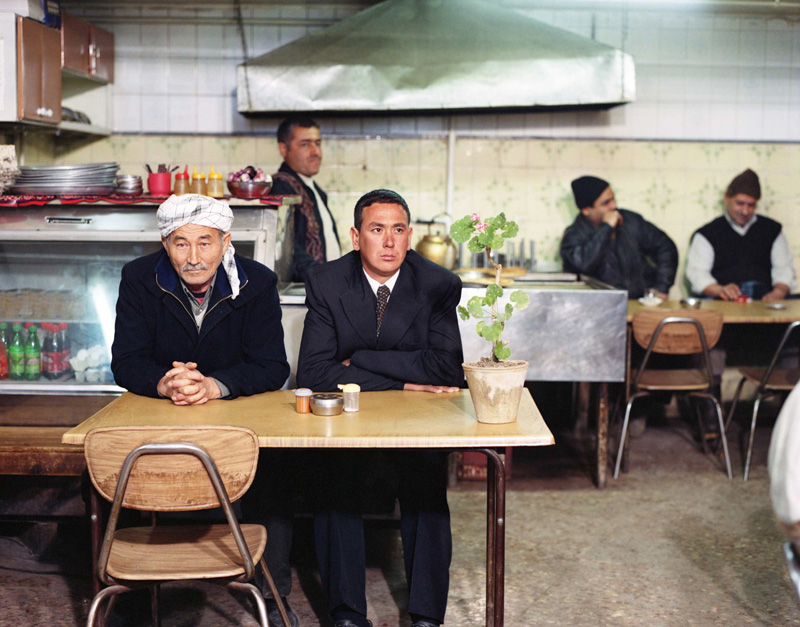 DIRECTOR
Babak Jalali was born in 1978 in Northern Iran. He has lived mainly in London since 1986.
He received a BA degree in East European Studies and an MA degree in Politics from the University of London. He graduated with an MA in Film-making from the London Film School in 2005.

His graduation film, ‘Heydar. An Afghan in Tehran’, was screened at 60 film festivals worldwide and received a BAFTA nomination as Best Short Film in 2006.

He was selected as one of the residents at the Cannes Film Festival Cinefondation Residence in 2006-2007. In the residence he developed his first feature film called “Frontier Blues”.

He completed “Frontier Blues” in 2009 which was shot in and around his hometown of Gorgan; the film premiered in the International Competition at the Locarno Film Festival in 2009 and has gone on to screen at over 20 festivals worldwide.

It won the FIPRESCI award at the San Francisco International Film Festival.

“Frontier Blues” is released in cinemas in the UK, Switzerland and Austria.